Flagler County, Florida is home to miles of beautiful beaches along the east coastline of the state. In October 2016, Flagler’s dune line was decimated by Hurricane Matthew (Category 3), and even further damaged in September 2017 by Hurricane Irma. Flagler County was determined to return the beaches and coastal vegetation to their former glory, leading to a $20-million-plus beach restoration effort. As one of the longest and most multifaceted projects in the county’s history nears completion, the project wouldn’t be possible without the help of Vulcan sand.

Flagler’s restoration project began on January 22, 2018, and sand from Vulcan’s Grandin Sand Plant and Keystone (Goldhead) Sand came in by the truckload. “They’re bringing me 21 to 29 yards at a time,” said Flagler County Project Manager, Billy Dawson. “Either a small dump truck or tractor trailer.” Almost 750,000 tons of Vulcan sand contributed to the project. 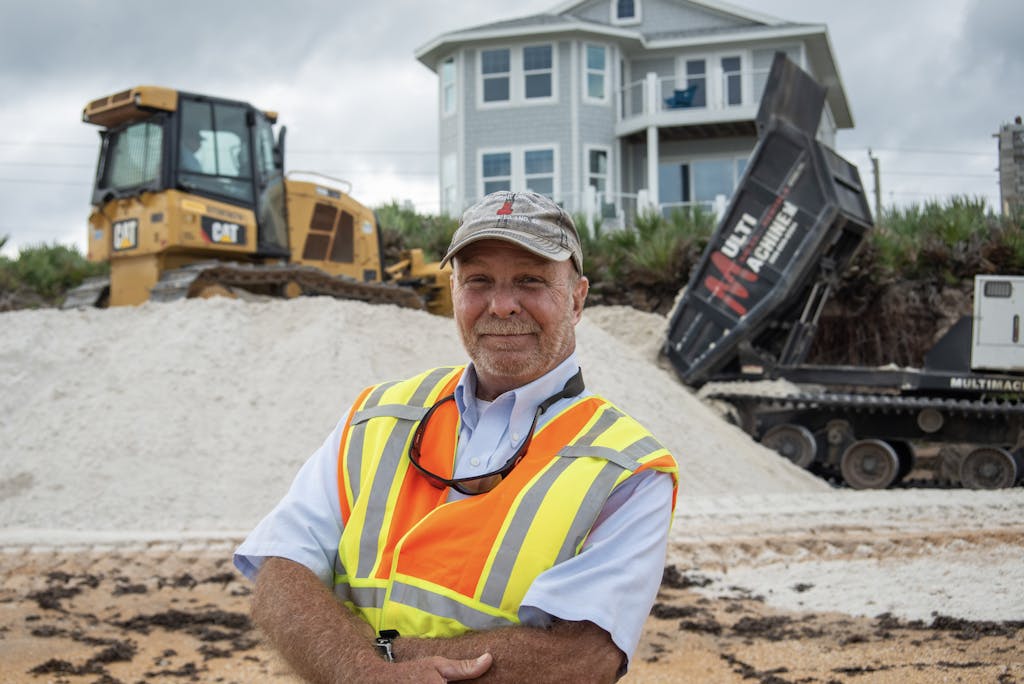 The dune restoration will not only bring visitors back to the beach, but provide sea turtles more areas to nest. “With the erosion before it made it very difficult for the sea turtles and prevented them from being able to lay nests out of the surf,” said Flagler County Engineering Project Administrator, Alex Spiller. “It really limited the amount of places they could lay eggs.” Crews also had to be careful of turtles that did find nesting areas on the beach. During the project, environmental restrictions required the relocation of all nests that could be impacted by the work during the state’s turtle nesting season — May 1 through October 31st. 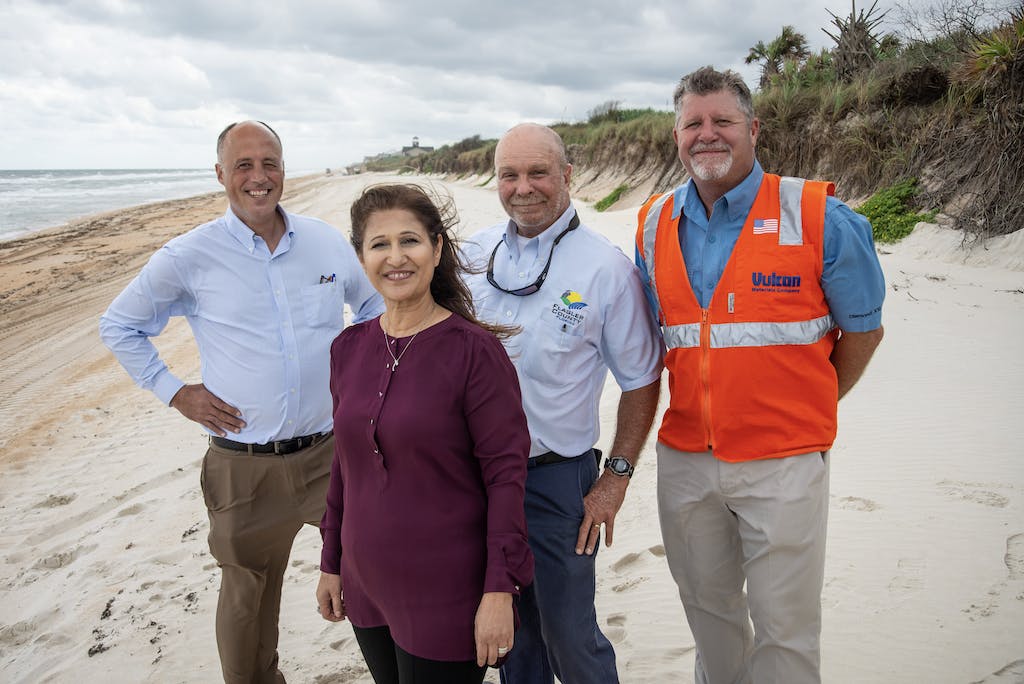 After a year and a half, the county plans to finish the project by May 1, 2019, allowing about a month for the dunes to harden before hurricane season begins. A total of 11.5 miles of the county’s 18 miles of beach will be restored and it is the first county to have done a project like this. “We are so happy, so excited for the outcome of this project, considering that this is a very unique project to Flagler County,” Flagler County Engineer Faith Alkhatib said. “I think this is one of the first projects in the state to be done with in-house forces. Almost 11½ miles of coastline to be done in-house — that’s a lot.”

Flagler County had help in bringing this project to fruition. $5.5 million came from The Federal Emergency Management Agency and the Florida Department of Environmental Protection pledged $12.1 million. Flagler County had also promised $10.7 million in matching funds, making the project budget $28.3-million. But final numbers are predicted to be much lower than expected – between $20 million and $25 million.

Flagler County officials are looking forward to the project’s completion and hoping the new vegetative plantings, protective berms and beaches will encourage others to come to Flagler County and see how beautiful it is.

A Passion For Conservation