Passing Down The Vulcan Way

Growing up, a lot of little boys like to follow in their father’s footsteps. For the Wilsons and Reynolds that is exactly what happened.

Patriarch Dean Wilson gets to work every day alongside his son Ethan at Vulcan. Even better – both Ethan and Dean are plant operators at Keuka Sand. Truly like a family business, Ethan is currently training his dad on the washer.

“We have a lot of fun and believe it or not there’s never any arguments,” Dean said. “We just try to always do what’s best for family, and working here together has just allowed us to really bond more.” 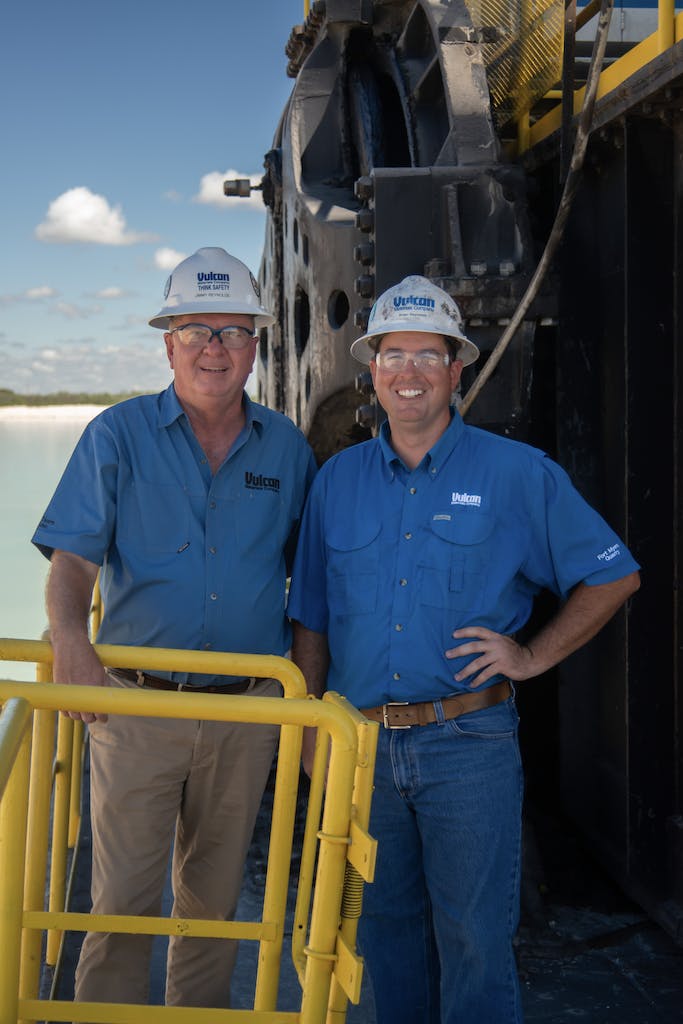 The same can be said for father/son duo Jim and Brian Reynolds at Ft. Myers Quarry. Area Operations Manager, Jim Reynolds called his son one day and encouraged him to apply at Vulcan. Soon enough his son Brian was joining the Vulcan team. “You can raise a family working here and you can retire from here. It’s the whole package,” said Brian.

Brian got to witness that first-hand watching his father build a career at Vulcan. “When I was a kid from about the time I can remember he’s taken me to pits and I just looked out the windows so I’ve been around it.” To Brian, this helped make the decision to work at Vulcan an easy one. “Some families, their father’s a carpenter, some families their father works on cars. Some families at Thanksgiving you talk about crushing rock and that’s just where I was at,” he said.

His father Jim couldn’t be prouder his son has joined him at Vulcan. “It’s a source of pride for our family and it’s just a good business to be in,” he said.

Donning his custom-made “I Get Deep For Vulcan” shirt, Earth Moore has dug deep for Vulcan’s Fort Myers Quarry during his past six years as a dragline operator...

The “Fearsome Foursome” at Stockbridge Quarry exemplify the real meaning of sisterhood. With Vulcan job tenure ranging from a few months to 33 years, these women are fiercely devoted to the company and each other...

Eric Ponder joined the South Carolina National Guard in 2007, shortly after graduating from the University of South Carolina-Columbia...